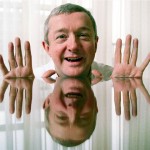 X FACTOR judge Louis Walsh is being probed by police over claims he indecently assaulted a young dad in a nightclub toilet.

A 24-year-old single man told cops the 58-year-old TV favourite molested him after they met in a bar following a Westlife concert in Dublin.

Cops have seized CCTV film from the nightclub where the dad claims he was indecently assaulted.

They will also study footage from a hotel where the pair allegedly met.

The man told police Louis groped his private parts after they got chatting.

But last night furious Louis said: “The allegations made against me are wholly false and with no foundation.”

He added: “I will happily cooperate fully with the police and am 100 per cent confident that after a full investigation I will be fully exonerated.”

The dad claims the attack happened in the early hours of April 10. It is said Louis stopped off at Dublin’s Russell Court Hotel after attending a concert in the city by Westlife, the group he created.

The father told cops he socialised with Louis in the hotel’s private Global Bar – and later in its famous Krystle nightclub.

In a statement, he claimed the TV favourite assaulted him when he went to the club’s loo.

Detectives will study the CCTV footage in a bid to determine any sequence of events. A police source said last night: “An investigation is ongoing.” Louis will be interviewed if it is thought there is a case to answer.

Following that, if there is credible evidence, a file will be prepared for Ireland’s Director of Public Prosecutions, who will decide whether charges are brought.

A spokeswoman for Louis said he had nothing to hide.

She added: “He vigorously denies all of the allegations.

“If contacted by the police he will willingly cooperate with any investigation. Louis categorically denies any wrongdoing and will fight to clear his name.”

Irishman Louis became a household name in 2004 when he became a judge on X Factor alongside Simon Cowell and Sharon Osbourne.

He is the only remaining member of the original panel and has been joined at auditions for the new series by Take That’s Gary Barlow, Destiny’s Child star Kelly Rowland and N-Dubz singer Tulisa Contostavlos.